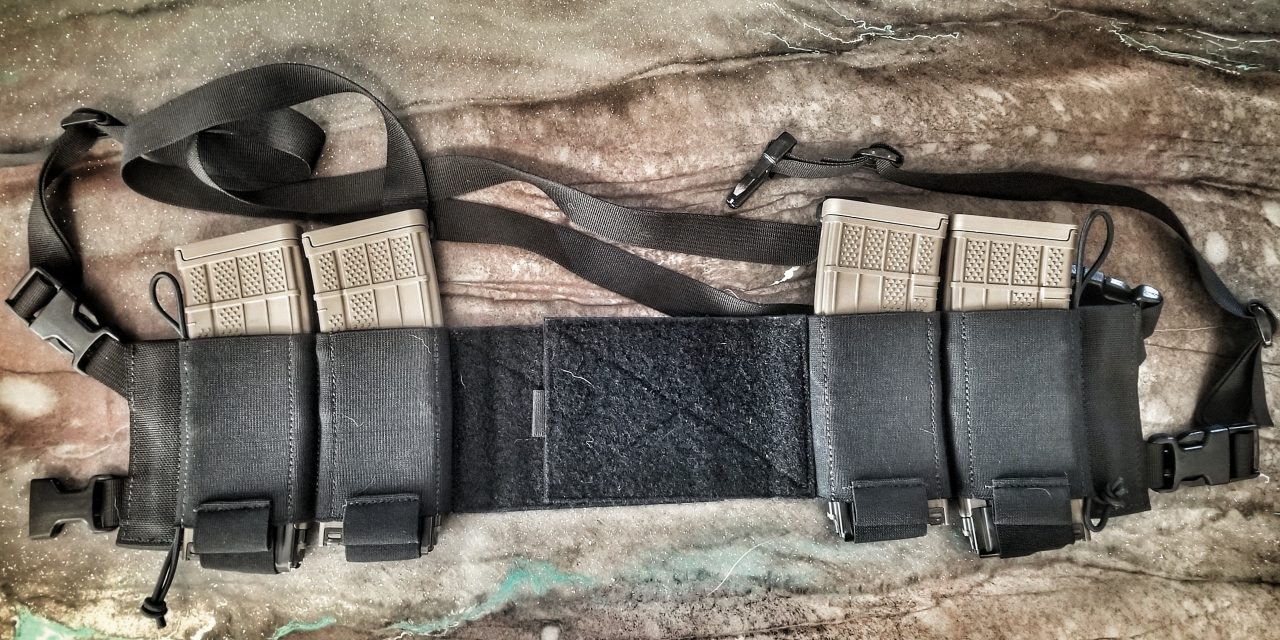 So you’ve bought a rifle. Now you need to figure out how you’re going to carry all those magazines. Do you put them on a belt? How about a plate carrier? Perhaps a chest rig? All are incredibly valid options. Some work better than others in certain situations. Some also have some incredibly nuanced use cases.

Chest rigs are awesome pieces of kit. They’re initial purchase price is often much cheaper than a plate carrier, armor, and pouches. They’re also usually more cheap than a belt setup. A chest rig tends to be a better option for vehicles than a belt setup if you’ve got stuff on the back of your belt. If light weight is a thing for you, then certain chest rigs also do that well. They can range from very minimalist to having the ability to carrying everything, including the kitchen sink.

There are some downside to chest rigs. I personally find it harder to reload from chest mounted magazines. I reload from my belt and reindex magazines in down time. Some chest rigs are modular, which have the added cost of buying pouches to fit your gear. Other chest rigs are not so modular and you might find them limiting as far as the type and amount of gear you can carry.

All that said, today we’re going to talk about the Unobtainium Gear Dank Robber Low Vis. Or as I like to call it, the Hidey Dank Robber. Before we get down to business, I just need to say I bought this with my own money and have no relationship with Unobtainium Gear.

What is the Dank Robber Low Vis? It is a split front seemingly minimalist chest rig. Where a lot of chest rigs focus on stacking some sort of pocket or magazines on the front, this chest rig has none of that. The DR-LV simply has a velcro field on the front. In fact, it is made up of two halves that velcro together in the middle. On both sides it has two elastic magazine pouches. These will carry one rifle mag and one pistol mag each for a total of 4 rifle and 4 pistol mags. There are also shock cord loops on the ends of either side.

This seems very spartan, but if you use your imagination you can actually fit some useful gear in this chest rig. Being as the magazine pouches are elastic, you can fit other things such as multi tools, small radios, some medical supplies, ect. This is at the expense of magazines. The shock cord on the side can be used for things like lashing down tourniquets.

The DR-LV comes ready to rock, unlike some chest rigs. It has 1″ straps to hold it to your body. Two that form an X harness and one that goes around your back. This is a huge plus. Not the configuration so much, but more so that it comes with the straps. Some rigs force you to buy them separately. The extra cost usually isn’t huge, but it is an extra cost. Not with the DR-LV though. Unobtainium Gear is selling this setup complete and ready to rock.

Whats So Special About it?

There is one thing that drives me absolutely nuts about chest rigs and plate carriers. They stack so much gear out front that when you lay down, you cannot get tight to the ground. The extra gear spaces you up off the ground. The DR-LV, by design, spaces its gear off to the sides. You can adjust how far via the split front velcro field. I have mine spaced out to put my magazines more under my arms. This allows me to get right on the ground when I am prone.

This also has a secondary, very nuanced benefit, which is why I bought this rig. You can throw a jacket over it and conceal it far better than any other traditional chest rig or plate carrier with pouches. I was putting together a Get Home Bag and needed a way to carry magazines, but not super overtly. This gives you the ability to throw it under a button up shirt or a jacket and hide the chest rig. Its also such a small minimalist rig, that it fits in my already stuffed full back pack.

But wait! The fun doesn’t end here. This minimalist rig can actually scale up if you need it to. Unobtanium Gear sells a 2 rifle mag insert that velcros between the two sides of the chest rig. This does put 2 magazines out front, but if you need the magazines, then you have option. On top of that, they also make a velcro molle adapter to place a molle field on the front of the chest rig. This could allow you to attach a small GP style pouch or any number of other things. While I don’t own either of these accessories as they don’t fit my use case for the chest rig, they appear to be able to be used simultaneously. This greatly expands your carrying capacity. You could probably even fashion a dangler pouch to the front if need be.

Time on the flat range…

My time with the DR-LV on the flat range has been nothing sort of a dream. Its a low profile comfortable rig that I often forgot that I was even wearing. I am fairly uncoordinated and I can get tangled up in anything and the straps for this chest rig were no different. Its a problem I have with every chest rig that has 2 seperate loose straps in an x configuration though. Outside of that, once on, the chest rig is light and comfortable.

The magazines are easy to get to when you need them, even spaced to the sides as far as I have them. The pouches themselves are nice and once in, those magazines aren’t going to come out on their own. There is no provisions for retention straps, but I don’t feel like they’re needed. The pouches are robust and the elastic is thick. They remind me of a beefier BFG Ten Speed pouch. Mags are easy to access, but a little tough to reindex one handed.

The pouches do allow for incredible adaptability. You can stuff all manner of gear into the rifle mag pouches. If need be, you could stuff sub gun mags into the pistol mag pouches. They also make for a good multi tool pouch. Ak mags shouldn’t be an issue for the rifle mag pouches either. Heck, small radios and all sorts of other stuff fits as well. The DR-LV is incredibly versatile in what it can carry. Even better, it holds all this gear without letting it flop or move at all. This goes a long way toward comfort.

The DR-LV does conceal incredibly well. Especially if you run it as minimalist as possible. It hugs your rifle mags tight to your body and with them spaced out farther, they don’t print under a jacket. I got mine in black as I wear a lot of black shirts and even with my jacket unzipped, the rig isn’t incredibly noticeable. Oblivious people probably wouldn’t notice it. Its so small that it also rolls up and tucks into my pack nicely as well.

The quality of this rig is top notch. All of the stitching looks good. The material is thick and robust. I have had zero issues with the velcro. It has held up well through use and the bit of training I have put it through. There have been no durability concerns what so ever.

This rig is an awesome minimalist rig. It conceals well and does exactly what I need it to do, all while being comfortable. Even on hot summer days in the desert, this setup was still comfortable. Its easy to roll up and toss into a bag or your range gear. It’s incredibly useful for being so minimalist and it is surprisingly scalable. You can tell that Unobtanium Gear put a lot of thought behind this chest rig.

Personally, at $104.95 it would be a hard piece of gear for me to pass up just due to its utility. For anyone looking for a light low profile rig, a smaller lighter rig for the range, or not needing to carry a lot of gear, then this is a good rig to own. It can grow with you if you need it to as well. The cool part about that is that the parts to expand it are also relatively cheap.

The DR-LV is a tad nuanced, but it’s versatile. If you need to carry a lot of gear, this isn’t the rig. Like any gear, think about what you need it for. Concealability and comfort with a bit of versatility is what this rig brings to the table. I’ve actually gravitated toward running the DR-LV over some of my other chest rigs… Even my D3CRM… Fight me. The way this rig hugs tight to my body and I forget that I’m wearing it makes it one of my favorites for days where I don’t need to stacked with extra gear.

I like this rig so much so, that I’ll probably pick up a second in multicam. The DR-LV is a chest rig that I would 100% recommend for general range use, any use case that requires concealability, or any use case you might have that you think it would fit. It is a great piece of kit. 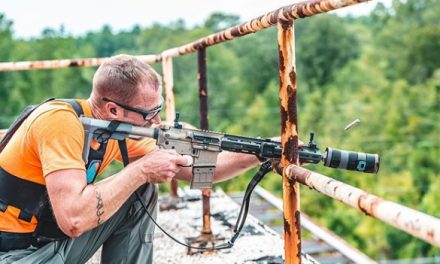 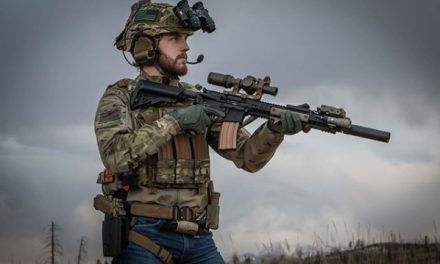 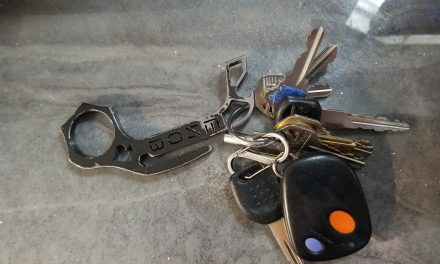 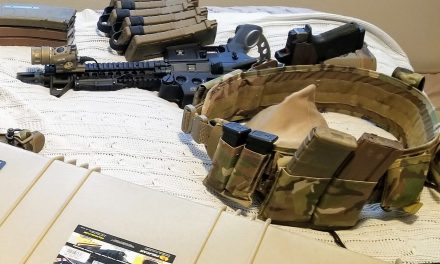